It has taken more than a decade, but Shaun Jackson has cultivated the perfect pumpkin. It’s better for you, rich in colour and in a win for home cooks everywhere, it is very easy to cut!

As the Director of Daintree Fresh, Shaun has a lengthy history of changing the dinner tastes of Australians.

“My life has been about finding variety and making change. A world of change!” he said.

“I actually look forward to it and try to keep my mind open.”

The new pumpkin variety is called Orange Glow. It is a vibrant and rich colour, with a small seed cavity, firm, dry flesh, up to four times more beta-carotene (provitamin A), low GI and an exceptionally palatable skin.

“We’ve had people saying, wow this is amazing, I can now go back to eating pumpkin again because I can cut it!”

Daintree Fresh is based at Lakeland, in far north Queensland, in what has traditionally been a banana growing area. Orange Glow is grown there during the northern winter, and in cooler regions, subcontractors grow the crop during the summer.

The new variety is higher in beta-carotene than normal pumpkins and has a lower GI, making it not as sweet as the Kent pumpkin variety. That is good news for the health conscious.

Beta-carotene is the pigment that gives fruit and vegetables like carrots, pumpkins and mangoes a vibrant colour.

It is also an antioxidant that the body converts to Vitamin A. It’s essential for healthy immune systems as well as for keeping healthy skin and vision.

“You can make flour out of Orange Glow,” says Mr Jackson.

“100 grams of that flour has double the antioxidant value as 10 kilos of blueberries.”

The new variety is being heavily marketed, and there is already interest from a Japanese importer.

“One of the ways the Japanese have been using is as a fantastic pickle,” he said.

Daintree Fresh is also pushing the fact the new vegetable is versatile.

“With this particular variety, I tried to get one that’s dry and with better colour. When it’s like that the pumpkin can be used in salads,” Mr Jackson said.

“It’s actually really good raw and has quite a nutty taste. Instead of cutting up carrot, you can cut this up and use it to dip in hommus! We make this beautiful puree at home, where you just roast it, throw it in the food processor with a bit of coconut cream and a bit of fennel. You can use that as a dip and put it on your biscuits, or you can heat it up, put it on the plate and then add some crispy skinned salmon on top.”

Shaun Jackson has always been an innovator. And chances are you may have already sampled some of his previous work.

More than three decades ago, Mr Jackson was part of a group of 10 people that started South Pacific Seeds. That’s the company that introduced Broccolini, Kent Pumpkin and the Seedless Watermelon into the Australian market.

Now at Daintree Fresh, Mr Jackson prides himself on farming his own way.

“We’re lucky because we’re isolated. I don’t have to worry about what my neighbour is doing.”

His focus on soil health and constant improvements enables the company to produce passionfruit, melons and pumpkins in a variable climate.

“We had someone from the Department of Agriculture and Fisheries come and inspect the place, looking over the ecology of the farm, and inspecting for leaf miner which is creeping down from New Guinea,” Mr Jackson said.

“She came in and shook her head and said- ‘you’ve already got the parasite for leaf miner. And you’ve got probably the most ecology I have seen on a commercial farm in my life!’’’

Mr Jackson says he uses ‘bugs for bugs’. They keep a close eye on the climate and watch planting and harvesting cycles closely to correspond with ideal conditions.

“We’ve cut our insecticide costs by three quarters,” he says.

“We’ve achieved this by increasing the ecology of our crops and working with what we have in the soil already and improving on it.”

Mr Jackson said having the right people in key positions is essential, especially when you’re doing things a little differently.

“We’re very fortunate. Our agronomist John McDonlald came out of retirement to come to the farm. He’s a fantastic operator,” he said.

“We create balanced plant nutrition and we grow on relatively low levels of nitrogen. In fact, in some cases it’s 40 per cent of what they grow on in other places.”

Daintree Fresh is featured in the November/December 2020 edition of Fruit and Vegetable News. 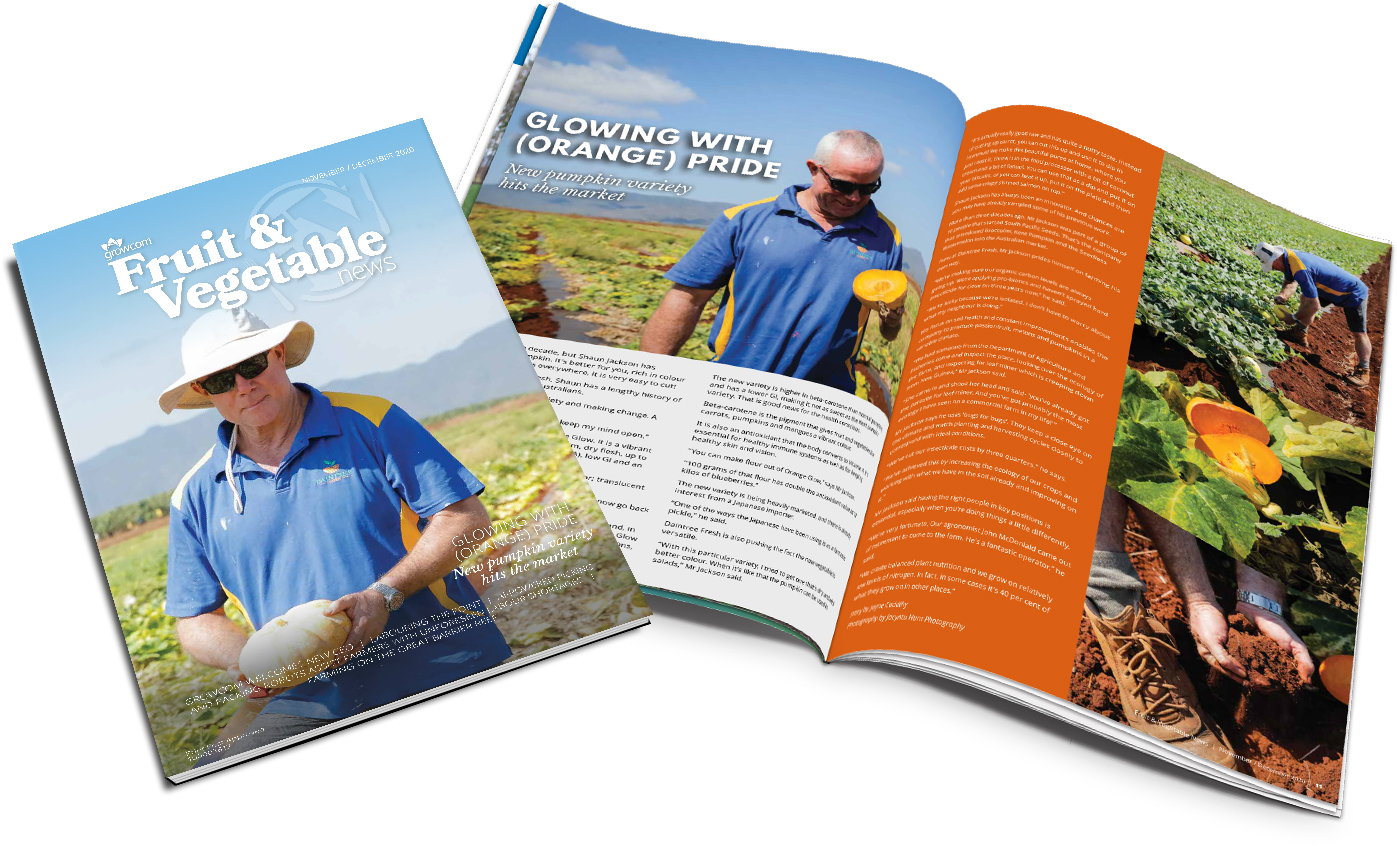