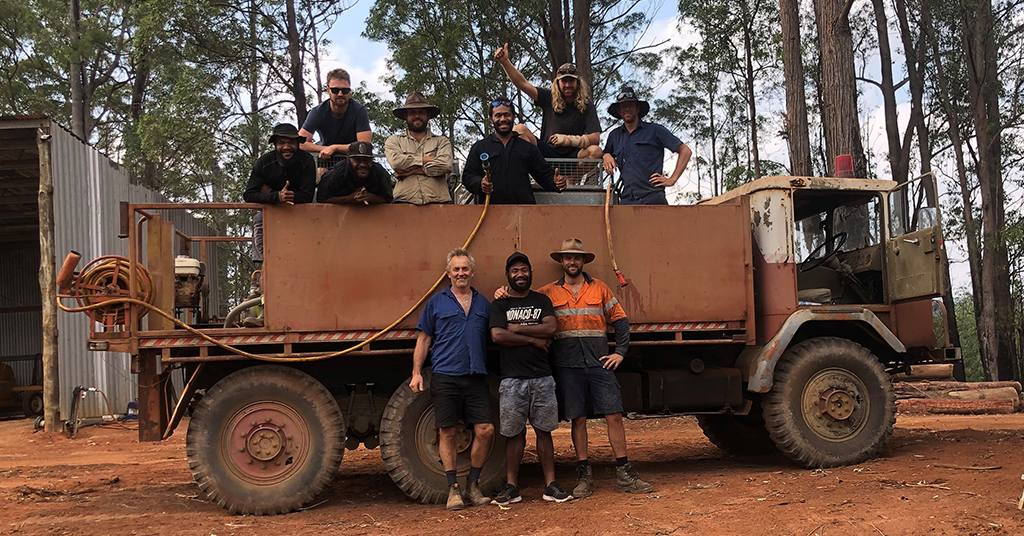 A group of four Papua New Guinean workers employed at Aussie Orchards in northern New South Wales have not only helped the farm address its ongoing labour problems, they also helped protect the farm during the recent bushfire crisis.

When fires came close to the Mooball property late last year, the men worked alongside other staff to keep the farmhouse and surrounding buildings, farming equipment, and around 7000 avocado trees safe.

“I recruited them directly when I hiked the Kokoda trail … they stood here shoulder-to-shoulder with us and fought this fire. It’s just amazing the hours they put in … all night, all day, at a hectic pace.”

Its two properties are more than 2000 kilometres apart, with different climates and growing seasons, which means the business can supply its markets virtually year-round.

While the output of fruit and nuts from Aussie Orchards is steady, finding a reliable supply of workers to help out on its farms during harvest season has been a challenge.

Aussie Orchards employs more than 20 permanent staff, and each year hires around 50 extra short-term workers, including backpackers, during picking season.

The SWP allows employers who can’t find enough local labour to source workers from the Pacific islands and Timor-Leste for unskilled roles for up to nine months.

Colin has a close connection to Papua New Guinea (PNG), as his grandfather was based in Port Moresby with the Australian army during World War II.

During a 2018 visit there to hike the Kokoda Track, Colin observed the strength and resilience of the local porters on his trek and offered four of them jobs on his NSW property.

‘They won’t come and go at a moment’s notice’

Colin said recruiting these workers through the SWP has provided more workforce consistency for his business.

“We could get by with backpackers, but the SWP fits the bill better because we have them for the whole season—they won’t come and go at a moment’s notice,” he said.

According to Colin, while the workers were initially brought over for picking work, they soon took on more complex tasks.

“They flowed from the harvest into pruning, and then some irrigation repair and installation work.

“They then moved to another farm where they helped prepare the land for planting.

“We showed them how to plant trees, how to protect and mulch them, and how to install irrigation. In a week, they created a new orchard,” Colin said.

Colin said he will bring eight seasonal workers to Australia from PNG this year, and is also now looking to fill longer-term, more highly skilled positions in the business by recruiting workers through the Australian Government’s Pacific Labour Scheme (PLS).

The PLS enables eligible businesses in rural and regional areas who can’t find enough local labour to employ Pacific island and Timor-Leste workers in low-skilled and semi-skilled roles for between one and three years.

“They will get increased skills, while we will benefit from their labour, and we will be prepared to put effort into training them because we know they will be here for up to three years.

To find out how the SWP and the PLS can meet your business’ labour needs, visit pacificlabourmobility.com.au